While the motion detection feature looks for changes in the image, this is only looking for motion of the camera itself. The Inertial measurement unit (IMU), has a gyroscope and accelerometer for measuring rotation and linear acceleration, this can now be used to start and stop captures. Example: Drone use, only capture while in flight, automatically stop recording when motion stops.

Now that starting and stopping your GoPro’s capture is solved, you also don’t want to have to remember to run the script each flight. For a camera dedicated for drone usage (or similar) you can set QR commands that run automatically on boot. This command uses the IMU trigger settings, makes them a boot command (saved to the current SD card,) and enables QR detection while the IMU Trigger is running. Now power-up the drone and power on your GoPro (in some setups this is automatic,) the camera will be ready in seconds. If the drone is stationary, you can use QR Codes to change shooting modes before the flight, or set date and time for cameras that have been without a battery. Once the drone is moving, start and stop capture is automatic. For drone use try a start sensitivity of 4, and end sensitivity of 8, so that an average launch starts the capture, and only rotors off will stop the capture. 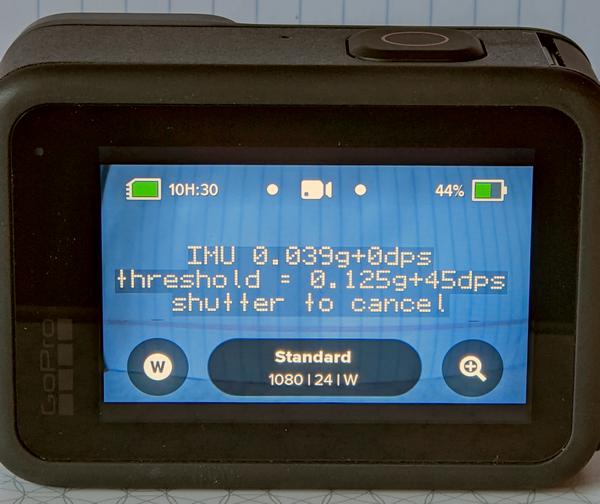